Postcards are effective and cost-efficient, and I will show you why.

I have been claiming that postcard marketing is cost-effective, but I haven’t really proved it yet, have I? Don’t take anybody’s word for anything – make them prove it. This chapter is my way of proving it.

Many marketing efforts may go unrewarded, not because they were lousy, but simply because they weren’t given enough of an opportunity to work. Remembering a product or service is like remembering someone’s name; you need to hear it more than once for it to sink in. Showing your TV commercial one time, running an ad in the newspaper once or doing one mailing of postcards is almost never enough to grab and keep your audience’s attention – let alone get them to buy.

During any campaign, measurement is vital. Without measurement or progress reports, how will you ever know which advertising pieces are the most effective?

Be sure to measure your Return on Investment (ROI) in terms of actual MONEY, not response rate.

Wait… that needs to sink in: MONEY, not RESPONSE RATE. Ok, moving on.

It’s a lot like dieting. Weight is lost when fewer calories come IN than go OUT. Likewise, profit is gained when more money comes IN than goes OUT. Okay, maybe I’m not telling you anything you don’t know, but an advertising vehicle is working when the MONEY it brings in has more value than the MONEY and time spent on the marketing.

Think about it this way: if you spend several hundred dollars to be in the view of a few thousand possible leads, it may only take a few responses to make enough profit for this type of marketing to be valuable. The usefulness of any vehicle can only be determined after the amount of income generated by the promotion has been calculated. Response rates are deceiving; profit is what counts. If you spend one-fifth of what you generate – or generate five times what you spend – your campaign is a success.

Too often people look at marketing ROI in terms of response rate. In other words, “I sent out 10,000 pieces of direct mail and only got 39 responses. That is terrible.”

Wrong! You are thinking about response rate, not MONEY.

When it comes to marketing ROI, you have to realize that the “return” in Return on Investment is measured in dollars.

That’s marketing ROI! And that’s not even taking into account the future sales to those 6 new customers. It also doesn’t take into account the people who hang onto the postcard and respond in six months or a year – long after you’ve made the money from that particular mailing. It could add up to hundreds of thousands of dollars, and all because of an initial outlay of two grand. Just today, a prospect that has been in my database since 2006 spent almost $4,000. My point is, revenue from the initial mailing that captured her attention and then her contact info just paid off 5 years later.

Obviously, you need to keep track of responses from each marketing campaign so you can weed out unsuccessful campaigns and strengthen successful ones. Results of direct mail marketing vary from business to business, but the principle holds and always works: if you send out enough promotion, you will make sales and maximize your marketing ROI. Don’t worry about response rate if your marketing ROI is high.

It is much easier to sell to a prospect once you get them to call or come in to your store. As I said in Chapter 2: Two-Step Marketing, Step 1 is getting them interested; Step 2 is having them speak to a representative to get all the details.

So there you have it – postcards are effective and cost-efficient, and I have shown you why. With that as our base, we can now move on to crafting the perfect mailing list for your business!

Email info@postcardmania.com if you'd like to see a sample marketing program.

Start Planning Your Own Marketing Campaign! 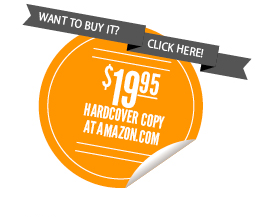